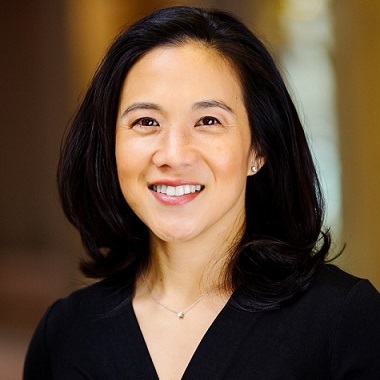 Angela Duckworth is the founder and CEO of Character Lab, a nonprofit whose mission is to advance scientific insights that help children thrive. She is also the Rosa Lee and Egbert Chang Professor at the University of Pennsylvania, faculty co-director of the Penn-Wharton Behavior Change for Good Initiative, and faculty co-director of Wharton People Analytics.

A 2013 MacArthur Fellow, Angela has advised the World Bank, NBA and NFL teams, and Fortune 500 CEOs.

Prior to her career in research, Angela founded a summer school for underserved children that was profiled as a Harvard Kennedy School case study and, in 2018, celebrated its 25th anniversary. She has also been a McKinsey management consultant and a math and science teacher at public schools in New York City, San Francisco, and Philadelphia.

Angela’s TED talk is among the most-viewed of all time. Her book Grit: The Power of Passion and Perseverance is a #1 New York Times best seller. Angela is also co-host, with Stephen Dubner, of the podcast No Stupid Questions.